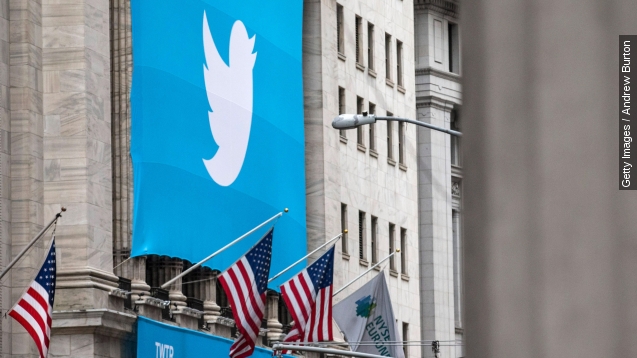 Twitter's Q2 earnings report is proof that all those advertising tactics it borrowed from other social sites — namely Facebook — have paid off.

Twitter beat earnings forecasts and raked in $502 million in revenue — 90 percent of which was from advertising. The news made investors glad — at least initially. In after hours trading, the stock jumped about $2.47 a share before normalizing again slightly lower than the day had started.

On Periscope, interim CEO Jack Dorsey said the quarter as a whole could've been better: "Product initiatives we've mentioned in previous earnings calls ... have not yet had meaningful impact on growing our audience or participation. This is unacceptable, and we're not happy about it.

Promoted tweets, accounts and trends are the company's three big money makers, because that's where pretty much all the advertising revenue is coming from. (Video via Twitter)

Facebook had this idea first. And I know you've seen these ads, hiding out to the right of your News Feed.

Another genius revenue-making idea Twitter took from Facebook is the ability to push app downloads directly from the main feed of the site, making it that much easier for developers to get their apps downloaded onto a user's device.

On the subject of mooched ideas, it would be hard to overlook Twitter's most recent adoption. And even though Facebook was doing this first, so were most other sites.

Videos, GIFs and Vines all autoplay; no matter where they're encountered on the site. In its blog post, Twitter said, "Users liked this new approach — and it generated more views and engagements for advertisers."

Going forward, Dorsey said he wants Twitter to "be the first thing everyone checks at the beginning of the day" — a time when many Americans are probably looking at Facebook.