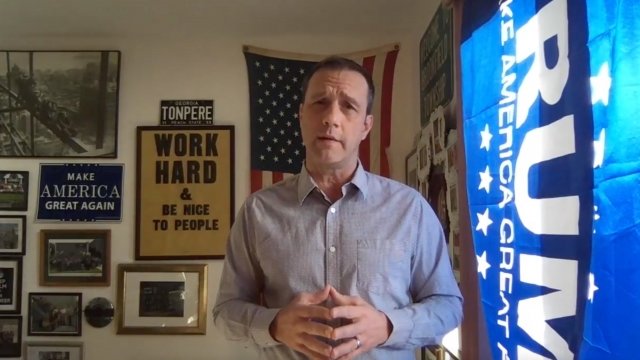 The tweet had an edited version of one of Markle and Prince Harry's engagement photos. In the image, her face is replaced by "Cheddar Man," a dark-skinned prehistoric man who lived in ancient Britain. It was captioned, "Honey, does this tie make my face look pale?"

This isn't the first time Nehlen has been criticized for what some say are racist or anti-Semitic comments. He went on former KKK leader David Duke's podcast last month and talked about supporting white nationalism.

A Twitter spokesperson told NPR that Nehlen was "permanently suspended for repeated violations of its terms of service."