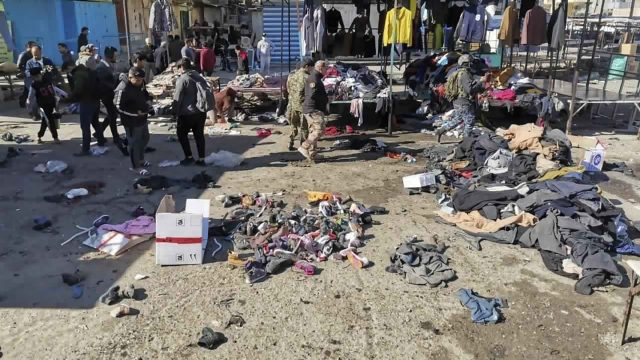 Iraqi officials say twin suicide bombings in a busy Baghdad market have killed at least 32 people and injured 73 others.

No one claimed responsibility for the attack, though the Iraqi military suspects the so-called Islamic State group is behind it.

This is the first such attack to hit the Iraqi capital since January 2018.