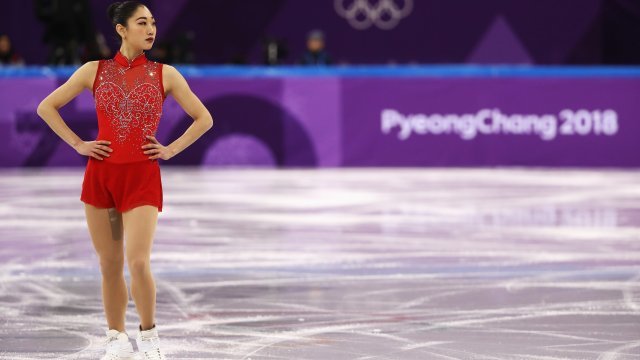 SMS
Tweet About Olympic Skater Leads To Outrage Online
By Cat Sandoval
By Cat Sandoval
February 14, 2018
U.S. figure skater Mirai Nagasu was the target of an online microaggression. One psychologist tells us just how damaging they can be.
SHOW TRANSCRIPT

After Mirai Nagasu became the first American woman in the world to land a triple axel at the Winter Olympics, a New York Times staff editor and writer mistakenly tweeted that Nagasu is an immigrant, which caused a swift and thorough backlash online.

Bari Weiss tweeted, "Immigrants: They get the job done," a reference to the musical "Hamilton." However, the musical's song uses the more inclusive word "we."

But Nagasu isn't an immigrant. She was born in California. And according to critics, Weiss' comment touches on the assumption that all Asian-Americans are perpetual foreigners. That comment is considered a microaggression.

Microaggression is defined as brief, everyday exchanges that result in indirect, subtle or unintentional discrimination against members of a marginalized group. Weiss deleted her tweet after the backlash and defended herself, saying: "Her parents are immigrants. I was celebrating her and them." 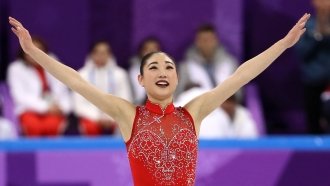 "While the intention may be good, the impact is negative," said Dr. Gina Torino, associate professor of psychology at SUNY Empire State College. "The message that is conveyed is that you're somehow not American and somehow you're less than."

"It's not just a small thing. ... They can have a negative impact on individuals' self-esteem, depression, anxiety," she added, "If one keeps hearing those messages over and over again, one can internalize that belief."

And the microaggressions Asian-Americans commonly face, according to Dr. Torino, is this assumption that Asian-Americans are perpetual foreigners in their own country — even though they make up 20 million of the U.S. population.

Another Asian-American was the target of a microaggression at the 1998 Winter Olympics. Figure skater Tara Lipinski outperformed Michelle Kwan, and an MSNBC headline read: "American beats out Kwan," despite the fact that Kwan is American, born in California and on the U.S. team.

"There are good, well-intentioned people that commit these microaggressions and that we all do it," Torino said. "The best thing we can do is to be aware of them and not to be defensive. … Rather than pushing this opportunity, to learn and grow from this experience."

With Asian-Americans making up half of the U.S. figure skating team and participating more and more in the Olympics overall, microaggressions are worth noticing.