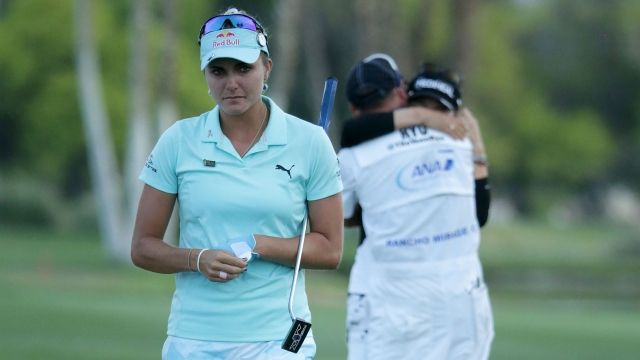 SMS
A TV Viewer Tattled On This Pro Golfer And Likely Cost Her A Major
By Lauren Stephenson
By Lauren Stephenson
April 3, 2017
Lexi Thompson had been leading in the final round of the ANA Inspiration tournament until she got some bad news after the 12th hole.
SHOW TRANSCRIPT

A TV viewer likely cost golfer Lexi Thompson a victory at the first LPGA major of the year.

Thompson had a two-stroke lead until she completed the 12th hole in the final round of the ANA Inspiration tournament Sunday.

That's when LPGA rules officials told her they were giving her a four-stroke penalty for something she did the day before.

Someone watching Saturday's round on TV noticed Thompson "did not properly replace her ball" ahead of her putt on the 17th hole. 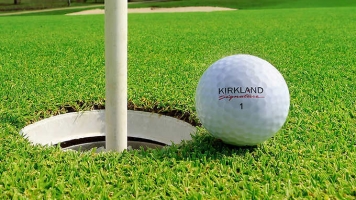 How Did Costco Become The Hottest Name In Golf?

Rules officials took a look and agreed. That infraction is worth a two-stroke penalty.

Thompson also received another retroactive two-stroke penalty for signing an incorrect scorecard — something she says she didn't realize she did until the viewer sent in their email the next day.

Thompson fought her way back from two strokes behind to tie for the lead — but lost in the first playoff hole.

In an Instragram post late Sunday, Thompson wrote, "It was an emotional day here for me, first off I do want to say what I had done was 100% not intentional at all I didn't realize I had done that."

She posted again Monday thanking her fans and congratulating the winner of the tournament, South Korea's So Yeon Ryu. She wrote, "I don't want anything that happened yesterday to take away from Seo Yun's victory. The LPGA rules officials made a judgment call at the moment, and we as professional golfers must accept it, no matter how painful it is."