This Team's Controversial Draft Pick Prompts Calls For A Boycott 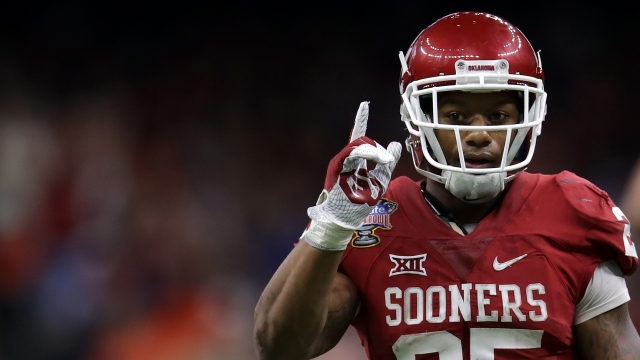 SMS
This Team's Controversial Draft Pick Prompts Calls For A Boycott
By Ryan Biek
By Ryan Biek
May 2, 2017
The Cincinnati Bengals drafted Joe Mixon. When he was a college player, he punched a woman in the face on camera.
SHOW TRANSCRIPT

A local TV station's editorial board is urging Cincinnati Bengals fans to boycott games after the team drafted a controversial player.

While at the University of Oklahoma, Joe Mixon was caught on camera punching a female student in the face. The blow fractured four of her bones.

Mixon entered a plea for the assault charges that allowed him to maintain his innocence. He was sentenced to a year of probation and was suspended from the Sooners football team for one year.

Despite the scandal, the Bengals selected Mixon in the second round.

In an online op-ed, WCPO's editorial board — separate from its news-gathering arm — said, "It's time we as fans tried to teach this team a lesson." 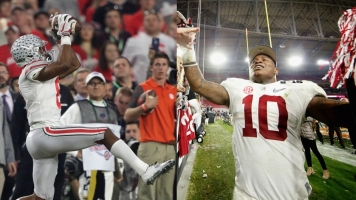 The station is urging fans to take the money they'd spend on tickets and give it to charities that work to prevent violence against women.

WCPO is owned by the same parent company as Newsy.

The Cincinnati station isn't the only outlet questioning how much NFL teams care about violence against women.

Besides Mixon, at least five other players who have been accused of physical or sexual assault were drafted this year.

"We all have been accused of things," the Jacksonville Jaguars' general manager said after drafting controversial player Dede Westbrook.

In Mixon's case, the Bengals' head coach said, "I don't know who isn't disgusted with what they saw" in the video. But he added this is an opportunity for Mixon to "move forward."