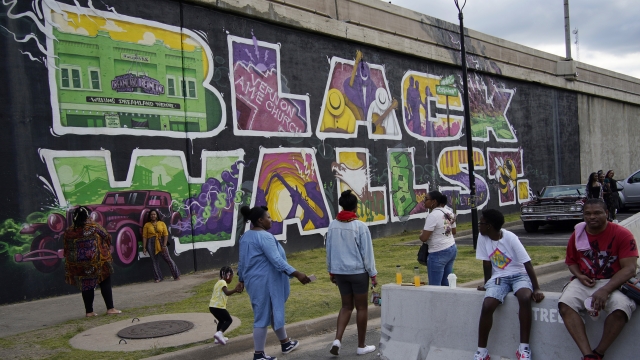 Several community events are taking place this week to mark the 100th anniversary of the Tulsa Race Massacre.

One of them is an art exhibit highlighting the Greenwood District. Organizers say the purpose of the "Greenwood Art Project" is to add a cultural component to the anniversary events.

Artists say they hope their work will help bring the once-flourishing "Black Wall Street" back to life.

Ebony Iman Dallas says, "We're asking the audience to imagine what it was like before the massacre occurred, during, so there was a lot of reading survivor stories, and imagining a hundred years into the future, what could it look like had the massacre not occurred."

And Anthony Curtis Brinkley says, "There's a lot of things that could have been and that's what my project is about, we talk about what was, what is today, and what could have been if that hadn't happen, if they had continued on that upward trajectory, what would it look like?"