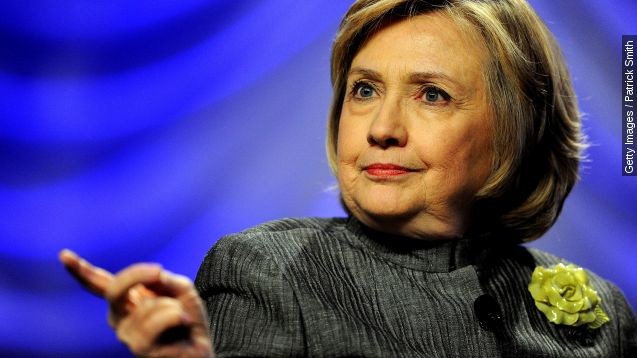 For your viewing pleasure, the U.S. State Department has posted a trove of Hillary Clinton's emails on its website — 896 pages in all. But that's only a fraction of the 30,000 emails she turned over. The public will get access to the rest of those on "a rolling basis."

“I just would like to see it expedited, so we could get more of them out more quickly," Clinton told reporters in New Hampshire. (Video via MSNBC)

The tedious task of sorting through each of them is outlined in this 13-page federal court filing.

Rather than providing them electronically, Clinton's team printed each email out. In December, the emails were delivered in 12 boxes to the State Department. After "foldering, boxing, and creating a box level inventory of the records," the department had to go page-by-page and set aside anything considered "personal correspondence."

Every single page had to then be re-digitized — a process that took five weeks and involved 12 full-time staffers in the State Department’s FOIA office assigned to handle them.

Starting in May, those staffers began to manually review the e-mails and redact sensitive information. They’re getting to about 1,000 of them per week.

From there, the emails get sent to State Department's "subject matter experts" "for consultation and review." Some get referred to pertinent agencies like the CIA or Defense Department. Then everything goes to the Office of Legal Adviser for another review.

The State Department's proposed deadline for getting all these emails posted online is January 15, 2016, just in time for primary season.