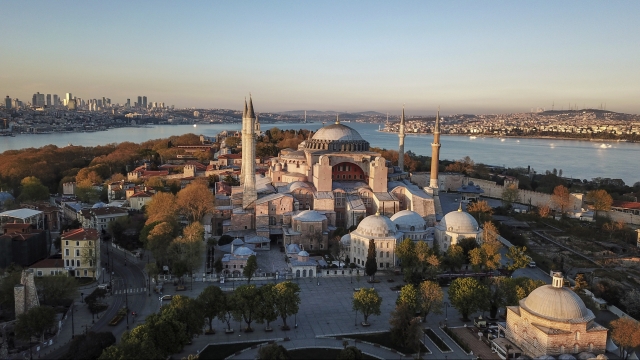 The Hagia Sophia has been a museum since 1935. It was originally a cathedral but was turned into a mosque in 1453 after Istanbul was conquered by the Ottomans.

Erdogan made the announcement after a high court annulled a 1934 decision that turned the UNESCO World Heritage Site into a museum. His decree hands the site over to Turkey's Presidency of Religious Affairs.

Other countries have expressed concerns over the move, including the U.S.

On Wednesday, Secretary of State Mike Pompeo urged Turkey to let the site remain a museum "to ensure it remains accessible to all." He said, "This extraordinary site is a testament to religious expression and to artistic and technical genius, reflected in its rich and complex 1,500-year history."

According to CNN, a spokesman for Turkey's Ministry of Foreign Affairs responded to Pompeo, saying: "Turkey has been delicately cherishing the historical, cultural and spiritual value of Hagia Sophia since its conquest. ... Naturally everyone is free to express their own opinion. However, it oversteps the mark to talk about our sovereignty rights using a language of 'warning and imposition.'"