The Upcoming Meeting Between Trump And Erdogan Will Probably Be Tense 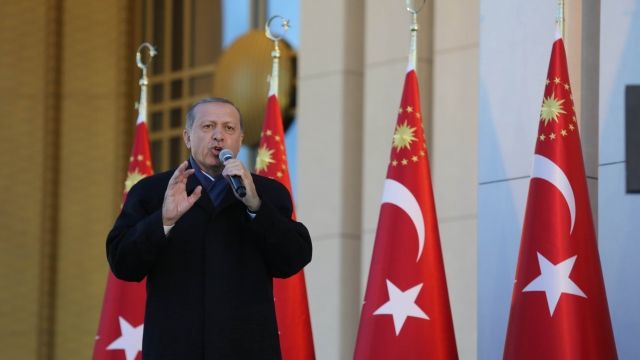 SMS
The Upcoming Meeting Between Trump And Erdogan Will Probably Be Tense
By Ryan Biek
By Ryan Biek
May 15, 2017
President Donald Trump inherited a souring relationship with Turkey's president, who doesn't like one U.S. method for dealing with ISIS.
SHOW TRANSCRIPT

Turkish President Recep Tayyip Erdoğan is visiting the White House on Tuesday, and the most tense topic of discussion is expected to be weapons —  more specifically, the arms the U.S. agreed to give to Kurdish militias to fight ISIS in Syria.

It's complicated, but Erdoğan claims that militia group, known as the YPG, is linked to a terrorist group in Turkey.

But the U.S. doesn't consider the YPG a terrorist group and believes it's crucial in the fight against ISIS in Syria.

The issue was already driving a wedge between the U.S. and Turkey during the Obama administration. Tensions got worse in April, when Turkey launched airstrikes against the YPG. 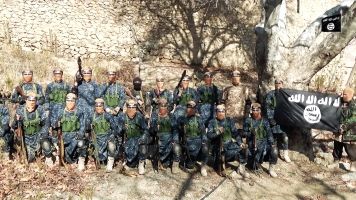 US Military Confirms The Leader Of ISIS In Afghanistan Is Dead

Improving relations between the NATO allies could be difficult as experts don't expect Trump to change his mind on arming the YPG.

To make matters more complicated, many Americans may see a growing relationship with Erdoğan as support for an authoritarian leader.

A recent referendum gave Erdoğan a "de facto dictatorship," and Trump was criticized for congratulating him on that victory.

But Trump was also criticized because international monitors claimed it wasn't really a fair election to begin with.