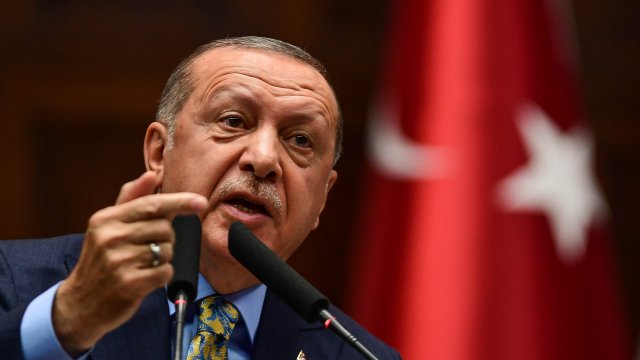 A top official for the Justice and Development Party — otherwise known as AKP — told reporters he filed appeals to contest the results from all 39 of Istanbul's districts due to voting irregularities.

The Associated Press says the AKP is also appealing results from 25 districts in Ankara.

Erdogan's party secured a majority of the votes across the nation in Sunday's elections. But losing political control of Istanbul and Ankara — Turkey's two biggest cities — would be a major setback for him.

Erdogan has been in power for 16 years now, and the AKP has dominated Turkey's elections since 2002. But the country's economy has continued to deteriorate under Erdogan's policies, and his popularity has suffered as a result.