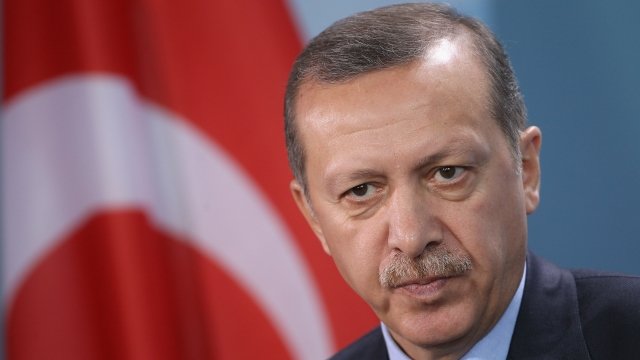 The U.S. says those officials played "leading roles" in the arrest of American pastor Andrew Brunson.

Brunson has been in custody in Turkey for nearly two years on espionage and terrorism charges. He faces up to 35 years in prison if convicted.

Erdogan made those comments while speaking to the women's wing of his ruling Justice and Development Party on Saturday.

He then said the country would freeze the assets of "U.S. justice and interior ministers in Turkey, if they have any." It's not exactly clear who he's talking about, but of course the U.S. Justice Department is headed by Attorney General Jeff Sessions, and Secretary Ryan Zinke is in charge of the Interior Department.

There's been a lot of back-and-forth between the U.S. and Turkey about Brunson.

The Trump administration has called for Turkey to free him, even threatening economic sanctions. Turkey ignored those threats and rejected Brunson's appeal to be released from house arrest earlier this week.

Speaking at a conference in Singapore on Saturday, U.S. Secretary of State Mike Pompeo said he hopes Turkey will release Brunson "in the coming days." The Turkish government has given no indication that it intends to release Brunson.