Turkish Politician Mocked For 'Women Must Not Laugh' Remark 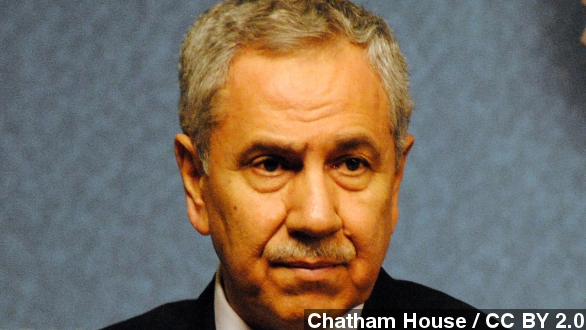 SMS
Turkish Politician Mocked For 'Women Must Not Laugh' Remark

By Elizabeth Hagedorn
July 30, 2014
Turkish Deputy Prime Minister Bulent Arinc's suggestion that women should refrain from laughing in public was met with just that on social media.
SHOW TRANSCRIPT

The gist of it: Be chaste, read the Quran, and don't watch soap operas. But among his list of criteria, one in particular drew the most attention: "[A] woman must not laugh in public." (Via Haberler)

But Bulent Arinc's censure of laughter was met with just that. Twitter was flooded with defiant Turkish women posting photos of themselves laughing.

BBC reports many of those tweets suggested the Turkish government's time would be better spent addressing more serious issues that affect women, such as rape and domestic violence. As one writer told the BBC, "It was an extremely outrageous and conservative statement."

And the timing is interesting. Arinc's boss is Turkey's current Prime Minister Recep Tayyip Erdogan, a man who once declared "women and men are not equal." He's up for re-election Aug. 10. (Via World Economic Forum / CC BY NC SA 2.0)

During his time in office, critics have accused him of using his strong grip on the country to push a religious agenda. Turkey, though mainly Muslim, was founded as a secular state. (Via Getty Images)

Over the past year, Erdogan has imposed a series of unpopular restrictions, including limits on alcohol consumption and a recent ban on Twitter and YouTube — all of which have only emboldened his critics.

Much like the laughing comment​, as Carol Williams at the Los Angeles Times explains, "Arinc's speech appeared to bolster more liberal Turks' claims that Erdogan and his Islamist political party have been attempting to impose their own religious values on the country."

The man with the best chance of beating Erdogan was quick to take advantage, tweeting, "If there's one thing we need it's the hearty laughter of women." ​

Now, the backlash doesn't look like it's going to die down anytime soon. Turkish women have planned a laughing protest in Istanbul for Aug. 8.