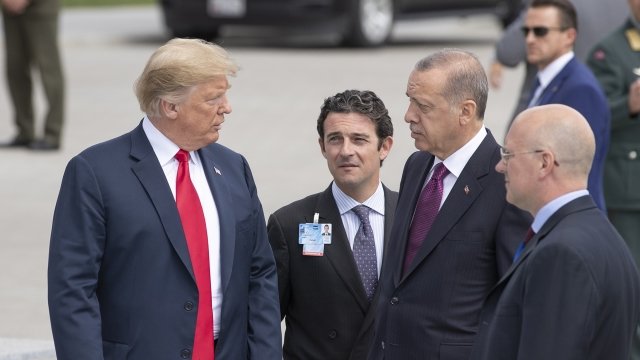 An American pastor imprisoned in Turkey will not be allowed to go free. A Turkish court on Friday rejected Andrew Brunson's request to leave the country.

Turkish authorities arrested Brunson in October of 2016 and accused him of being part of the attempted military coup earlier that summer.

Since then, Brunson's imprisonment has become a sticking point for U.S.-Turkey relations. The U.S. imposed tariffs  on the country last week, which crashed the value of the Turkish lira.

President Trump responded to the Turkish court's decision on Friday, saying, "We are not going to take it sitting down."