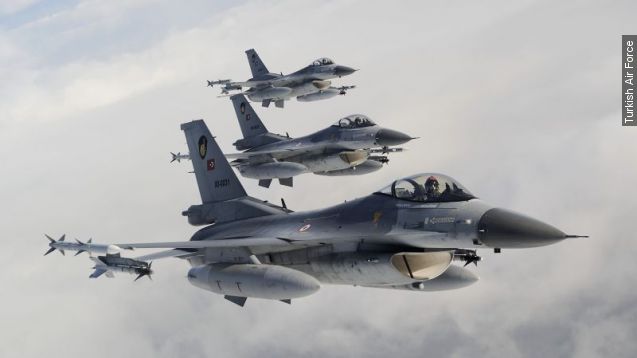 SMS
Turkish Airstrikes Hit ISIS In Syria For First Time
By Jake Godin
By Jake Godin
July 24, 2015
Turkey has conducted airstrikes against ISIS for the first time since the group declared its so-called caliphate.
SHOW TRANSCRIPT

For the first time, Turkish fighter jets have struck ISIS in Syria.

It marks the first time Turkey, which shares its southern border with both Iraq and Syria, has attacked ISIS.

And while the attacks hit ISIS targets inside Syria, the jets themselves reportedly didn't violate Syrian air space.

The prime minister's office released another statement saying 251 suspected terrorists were taken into custody after raids inside Turkey.

Some of these include members of the far-left Kurdish PKK organization.

The raids and airstrikes come not even 24 hours after ISIS fighters killed a Turkish soldier in the first cross-border skirmish between the two sides.

This video includes images from Getty Images and music from Suplington / CC BY NC SA 3.0.