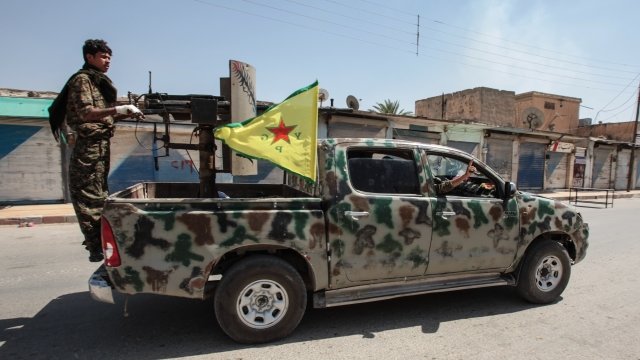 SMS
Turkey Says The US Has Agreed To Stop Arming Syrian Kurdish Fighters
By Jake Jones
By Jake Jones
January 27, 2018
Turkish officials also told the U.S. to withdraw its forces from Manbij, a border area in Syria.
SHOW TRANSCRIPT

Turkey is saying the U.S. will no longer give weapons to Kurdish fighters in Syria.

The Turkish statement said the two agreed the U.S. wouldn't give weapons to the People's Protection Units, or YPG, or its political counterpart, the Democratic Union Party, abbreviated PYD for its Kurdish name. 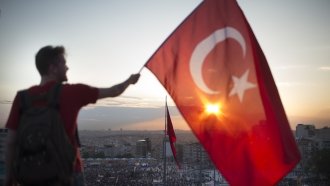 This has been a point of contention between the NATO allies. The U.S. has armed Kurdish militias in the fight against ISIS.

But Turkey considers the YPG a part of the Kurdistan Worker's Party, or PKK, which both countries consider a terrorist organization. The PKK has fought against Turkey for decades with the goal of creating a Kurdish state in the region.

And Turkey takes that threat seriously. More than a week ago, Turkish forces advanced into Syria to push Kurdish forces back several miles to create a safe zone along the border. That move was called "Operation Olive Branch." President Recep Tayyip Erdoğan now says his forces will move eastward toward Iraq.

Roughly 2,000 U.S. forces are stationed along their path in Manbij. Turkey's foreign minister on Saturday called on the U.S. to withdraw its forces there, a possible escalation in already tense relations.