Turkey Threatens To Pull U.S. Air Base Use If Sanctions Are Imposed 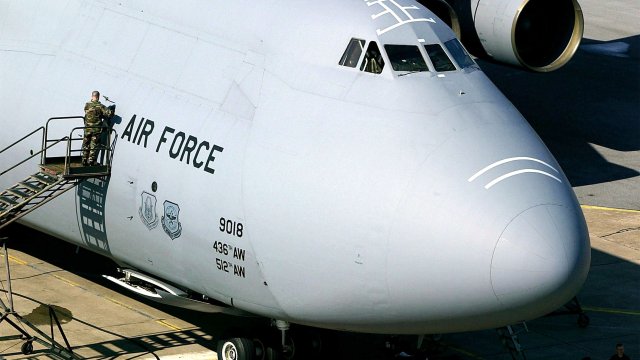 Turkey says if the U.S. imposes sanctions on the country, it may take away the U.S.' use of two vital air bases there.

Turkey's foreign minister said Wednesday, "If the U.S. imposes sanctions against Turkey, then the issue of the Incirlik and Kurecik bases may be on the agenda," adding, "Congress members must understand that it is not possible to get anywhere with sanctions."

Incirlik is one of the U.S. Air Force's main air bases in southern Turkey. It's also where one third of the nuclear weapons in Europe are stored. And Kurecik houses NATO's ballistic missile defense system.

The foreign minister's comments came one day after Congress agreed on a defense spending bill that called for imposing punishing sanctions on Turkey.

Turkey has been faced with U.S. sanctions for a while now. In June, the U.S. warned it would impose sanctions if Turkey went through with a deal to purchase a Russian long-range air defense missile system.

Then tensions rose in October after Turkey launched a military offensive against Kurdish forces in northern Syria. Just days before, President Donald Trump announced the U.S. was pulling troops out of the region, leaving Kurdish fighters vulnerable despite being the U.S.' most reliable partner in fighting ISIS.