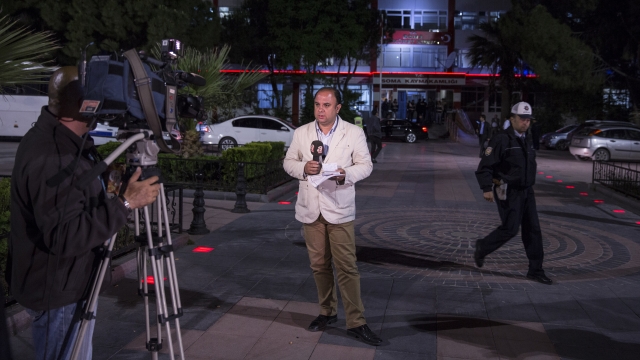 It just got tougher to get the news in Turkey.

It appears the government isn't done issuing arrest warrants in relation to the failed coup earlier this month, and now it's using those warrants to purge the media.

The government is also going after individual journalists. On Wednesday, a state-run media outlet reported arrest warrants had been issued for nearly 50 journalists working for a newspaper tied to the group responsible for carrying out the coup attempt.

The crackdown on media comes on the heels of tens of thousands of suspensions, dismissals and detainments in the country following the failed coup. CNN reports more than 9,000 soldiers have been detained and some 1,700 military officers have been fired.

Al Jazeera reports Turkey's prime minister has warned: "The investigation is continuing, there are people who are being searched for. There could be new apprehensions, arrests and detentions. The process is not completed yet."

This video includes images from Getty Images and clips from CNN Turk and Haberturk.