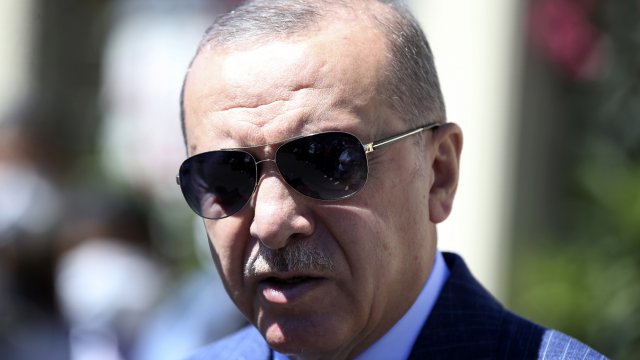 Turkey's president is considering cutting ties with the United Arab Emirates over its deal to normalize ties with Israel.

The landmark deal, which President Donald Trump helped broker, has received mixed reviews around the globe.

As part of the decision, Israel is suspending plans to annex parts of the West Bank. The UAE is only the third Arab country to establish active diplomatic ties with Israel. But Palestinians have repeatedly warned Arab governments against committing to such a move until a peace deal is reached and an independent Palestinian state is recognized.