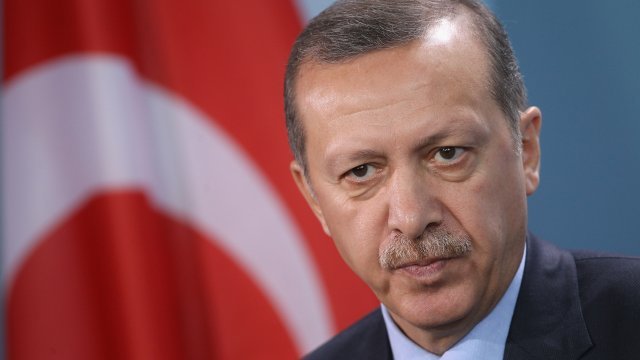 The Turkish president also didn't offer up new evidence found during his country's investigation in a speech to members of his ruling party on Tuesday.

Erdogan called Khashoggi's death "savage." The Turkish president asked that Saudi Arabia extradite the 18 people identified as suspects to Turkey to be tried.

Erdogan's claims conflict with what the Saudi government has said happened. Saudi Arabia says Khashoggi was involved in a fistfight at the consulate that eventually led to his death.

Erdogan said Saudi Arabia was trying to hide the truth.

Saudi Arabia's foreign minister said on Tuesday that the kingdom has sent a team to Turkey to investigate Khashoggi's death.