Turkey's Military Is Attempting To Overthrow The Government 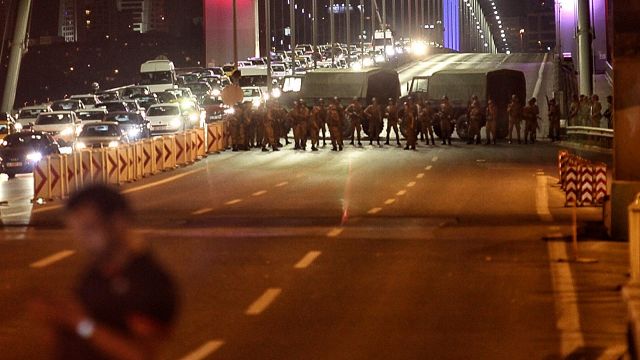 SMS
Turkey's Military Is Attempting To Overthrow The Government
By Matt Picht
By Matt Picht
July 15, 2016
The military says its coup was successful, but Turkey's prime minister denies it.
SHOW TRANSCRIPT

Military officials in Turkey claim to have overthrown the country's government, despite the prime minister's assurances the coup attempt was unsuccessful.

Military jets and gunfire have been heard in the capital city of Ankara. Security forces locked down two major bridges in Istanbul, and tanks have been seen on the streets.

Prime Minister Binali Yildirim told state TV the lockdown was prompted by an "illegal action" from a military faction and promised the perpetrators would pay "the highest price."

Turkey's President Recep Tayyip Erdogan is currently away from the capital on vacation.

This video includes images from Getty Images and clips from DHA.