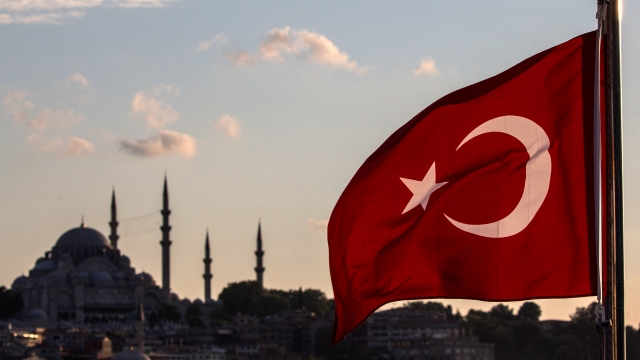 Turkey says it expects the U.S. to honor the strategic partnership between the two countries and "doesn't want it to be shadowed by terrorist propaganda."

The country's comment was in response to a threat from President Donald Trump Sunday that the U.S. will "devastate Turkey economically" if it attacks Kurdish forces in Syria after American troops have been pulled out.

So here's a little background: The Turkish government thinks the U.S.-backed Kurdish forces — or YPG — in Syria have ties to a Kurdish nationalist party within Turkey's borders.

Both the U.S. and Turkey consider that nationalist party a terrorist group, but the U.S. doesn't think the YPG is linked to a terrorist organization. Turkey has attacked the U.S.-backed Kurdish forces in the past. Relations between the two allies have been strained because of those differing opinions.

A Turkish presidential spokesman said in a tweet aimed at President Trump on Sunday that "terrorists can't be your partners & allies ... There is no difference between DAESH, PKK, PYD and YPG. We will continue to fight against them all."