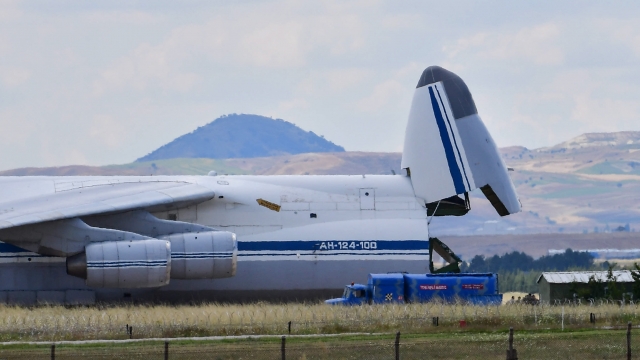 The U.S. has warned Turkey that going through with this deal could result in sanctions.

Turkey and Russia agreed to the supply contract in April 2017 after lengthy but ultimately unsuccessful negotiations between Turkey and the U.S. to purchase a different air defense system. The U.S. has previously warned that it may impose sanctions if Turkey goes through with the deal with Russia.

U.S. officials had also told Turkey it would be expelled from the U.S.'s F-35 fighter jet program if the country proceeded to purchase the missiles. The U.S. believes the Russian defense systems are not compatible with NATO's defense network and could compromise its F-35 jets.

The new missile system uses an advanced radar to detect targets. Russian state media TASS said 20 Turkish servicemen who will operate the systems were trained in May and June and 80 more will come to Russia for training in July and August.