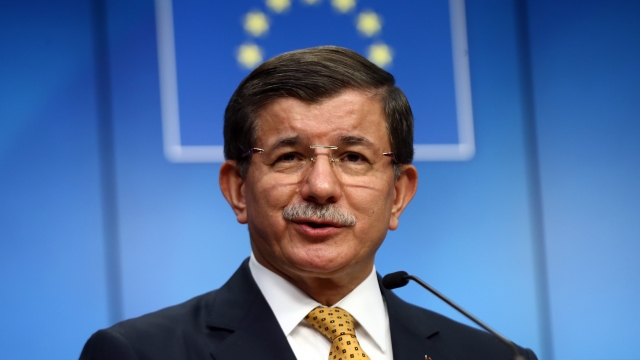 Turkey's prime minister is stepping down after long opposing the increasing control from Turkey's president.

Prime Minister Ahmet Davutoglu — who was hand-picked by President Recep Tayyip Erdoğan in 2014 — said, "My loyalty to the president will last till the end."

Technically, a prime minister in Turkey has more power than the country's president.

But Erdoğan has continued to push for increased authority. Both men belong to the Justice and Development Party — or AKP in Turkish.

Davutoglu and Erdoğan reportedly met on Wednesday but apparently didn't make any headway.

Davutoglu will leave behind a European Union deal with Angela Merkel that would've, in part, let Turkish citizens travel to EU countries without a visa. But Erdoğan has since said he was the one who worked on the deal.

Davutoglu will remain in his current party that has a majority control, but will become a legislator instead of running for re-election in the upcoming congress session.

Turkey's new prime minister will be chosen at that May 22 session. Some of those possibly in the running include Erdoğan's own son-in-law.

This video includes clips from Presidency of the Republic of Turkey, TRT and Haberturk and images from Getty Images and Facebook / Grand National Assembly of Turkey.