Turkey Launches Offensive In Syria To Push Back Kurdish Militia 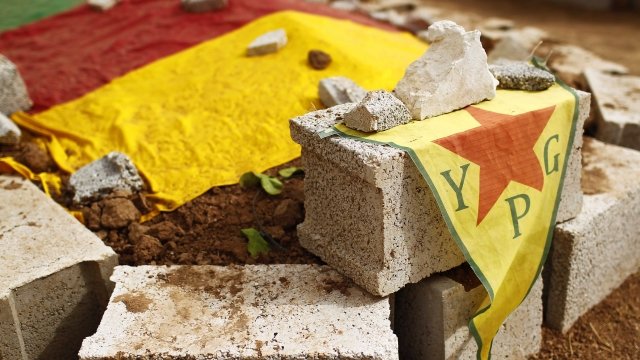 Turkish soldiers reportedly pushed into a Kurdish-controlled Syrian border town to create space between Turkey and the fighters it considers terrorists.

Turkey's state-run news agency reported warplanes hit more than 100 Kurdish targets and soldiers pushed 3 miles into Syria. The operation, codenamed Olive Branch, is aimed to create a 19-mile buffer zone between Turkey and Kurdish fighters. A spokesperson for the Kurdish militia said the fighters held off Turkish troops and forced a retreat. 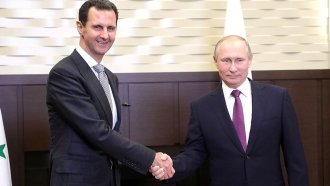 The Syrian Kurdish militia, known as the People's Protection Units or YPG, makes up the bulk of the militia forces fighting against ISIS. The U.S. backs the YPG, even though Turkey, an ally, considers it a terrorist group.

So you can probably guess the new offensive is going to complicate U.S.-Turkey relations. While the U.S. sees the YPG as an ally against ISIS, Turkey has dealt with a decadeslong Kurdish insurgency in its southeast region.

Turkey sees the YPG as an extension of the Kurdistan Workers' Party or PKK, a Kurdish nationalist party both Turkey and the U.S. consider a terror group. The U.S. does not consider the YPG terror-linked.

France has called for an emergency United Nations Security Council meeting to discuss the conflict.