Turkey Is No Stranger To The Coup D'Etat 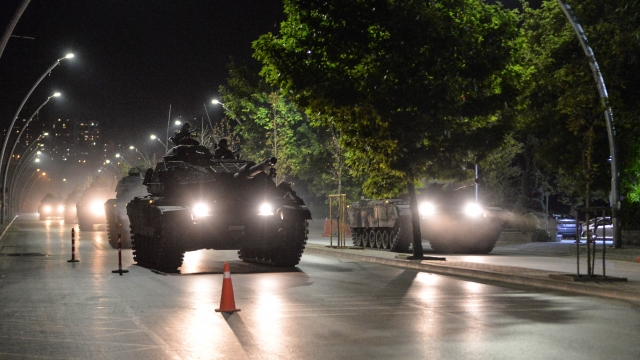 SMS
Turkey Is No Stranger To The Coup D'Etat
By Samantha Crook
By Samantha Crook
July 15, 2016
The first coup in modern Turkey took place in 1960, and it resulted in the execution of the prime minister.
SHOW TRANSCRIPT

Parts of the Turkish military have attempted to overthrow the country's government.

This wouldn't be Turkey's first coup.

The first coup in modern Turkey took place in 1960. It resulted in the execution of Prime Minister Adnan Menderes and two cabinet members.

In 1971, a second coup came after mounting political and economic instability.

And in Turkey's "post-modern coup" of 1997, the military pressured Turkey's prime minister to resign.

This video includes images from Getty Images and Iranian Department of Publications and Broadcasting and clips from TRT World, Press TV and Kanal D. Music provided courtesy of APM Music.