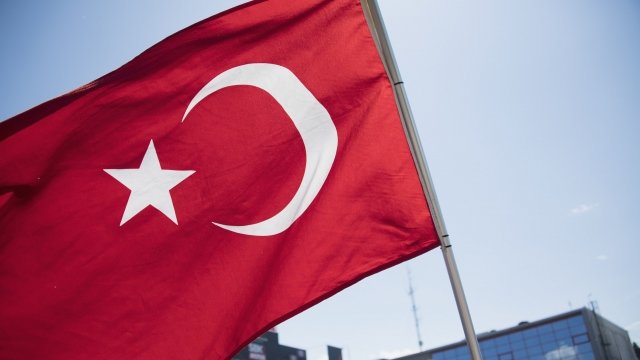 Turkey announced it's increasing tariffs on some U.S. products Wednesday.

President Recep Tayyip Erdogan raised tariffs on American cars to 120 percent and on alcoholic drinks to 140 percent. He also imposed extra tariffs on other products like cosmetics, coal and rice.

Turkey's vice president said the retaliatory tariffs are a response to "the deliberate attack of the U.S. administration on [Turkey's] economy."

The two sides are at somewhat of a standoff over the release of American pastor Andrew Brunson, who's been detained in Turkey for nearly two years now. Turkey claims Brunson has connections to two groups the country considers terrorist organizations — something Brunson denies.

National Security Adviser John Bolton reportedly told the Turkish ambassador to the U.S. on Monday that until Brunson is freed, the U.S. has no plans to negotiate any further.

Turkey's tariff announcement comes one day after Erdogan said the country would boycott U.S. electronics. He specifically called out Apple as an example. "If [the U.S. has] the iPhone, there is Samsung elsewhere," he said.