Turkey Wants An Investigation Into A Brawl Outside Its Embassy In D.C. 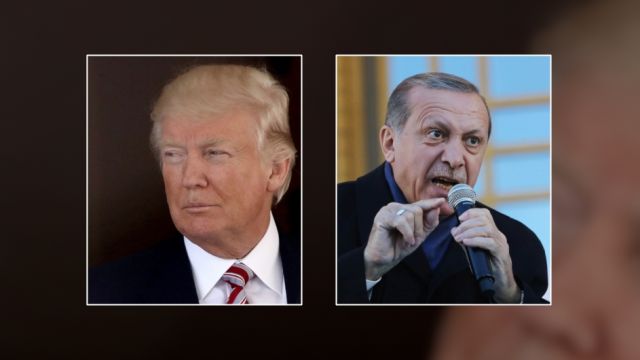 SMS
Turkey Wants An Investigation Into A Brawl Outside Its Embassy In D.C.
By Jake Jones
By Jake Jones
May 22, 2017
Video of the fight shows Turkish officials charging at and assaulting protesters.
SHOW TRANSCRIPT

A brawl outside the Turkish Embassy has led to a diplomatic scuffle between Turkey and the U.S.

Turkey's government summoned the U.S. ambassador to complain about the "aggressive and unprofessional" actions of U.S. law enforcement during the fight. It's calling for a full investigation.

The fight involved protesters and supporters of Turkish President Recep Tayyip Erdogan, who was visiting the embassy. A Turkish news agency put out video claiming a protester instigated the brawl by pelting a Turkish official with a water bottle.

The accompanying article, written by a reporter at the scene, claims the protesters "made a great effort to make Turkish citizens lose control through their insults and swearing." He goes on to say that protesters throwing water bottles triggered the fistfight.

Video from the U.S. government-funded Voice of America shows that water bottle was thrown after the fight already started. The outlet also released footage of what appears to be a Turkish security guard charging peaceful demonstrators.

Turkey and the U.S. are currently at odds over the White House's recent decision to arm a Kurdish rebel group in Syria. The U.S. considers the group an ally in the fight against ISIS; Turkey thinks it's a terrorist group. 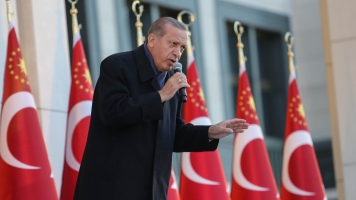 The EU Cools On Turkey After Referendum

Erdogan himself, who watched the fight unfold from a distance, has become a more controversial figure recently. He's orchestrated a sweeping crackdown against political opponents and consolidated power for himself.