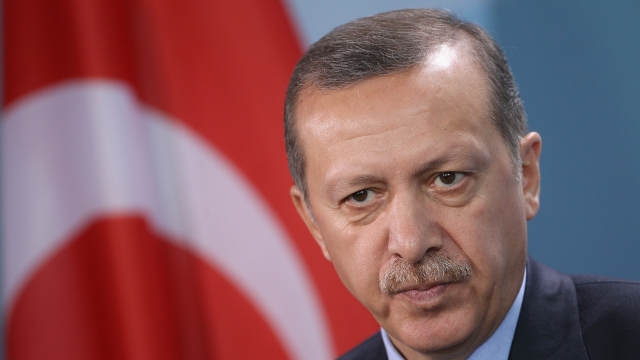 Turkish President Recep Tayyip Erdogan said the country wants to form safe zones in Syria so that the millions of Syrian refugees hosted by Turkey can return home.

Erdogan said during a speech Monday that he hopes creating safe zones in northern Syria will help the nearly 4 million Syrian refugees currently in Turkey return home safely. He also said about 300,000 Syrian refugees have already returned to Turkish-backed rebel-controlled areas in their home country.

Erdogan said earlier this month that he and U.S. President Donald Trump had agreed Turkey would set up a nearly 20-mile security zone along the Turkish-Syrian border. Details are still scarce, but Erdogan said last week that he expected that zone to be ready within the next few months. Turkey's foreign minister has said his country is able to create a safe zone on its own, but that it's open to working with the U.S., Russia or other countries.

In December, the Trump administration announced plans to pull American troops out of Syria. President Trump originally ordered the Pentagon to remove all U.S. forces within 30 days, but he later agreed to give the DOD about four months. But on Jan. 6, national security adviser John Bolton told reporters that the U.S. would remain in Syria until remnants of ISIS are defeated and until Turkey guarantees the safety of Kurdish forces in the country.