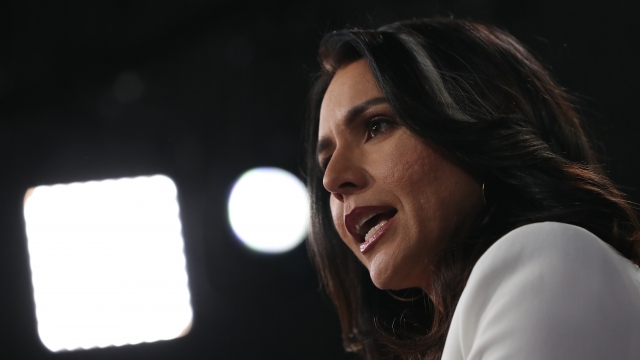 Presidential candidate Rep. Tulsi Gabbard is suing Hillary Clinton. The defamation suit is over comments Clinton made during a podcast released in October.

Clinton did not name Gabbard directly, but she reportedly appeared to refer to her during an interview on the podcast "Campaign HQ." Clinton said she believed Republicans were "grooming" a Democratic presidential candidate for a third-party bid and remarked that "she’s the favorite of the Russians."

The lawsuit argues that Clinton’s comments were "retribution" after Gabbard endorsed U.S. Sen. Bernie Sanders in the 2016 presidential election instead of her, and says the comments "smeared" Gabbard's "political and personal reputation."

Clinton had not responded to media requests for comment as of Wednesday morning.