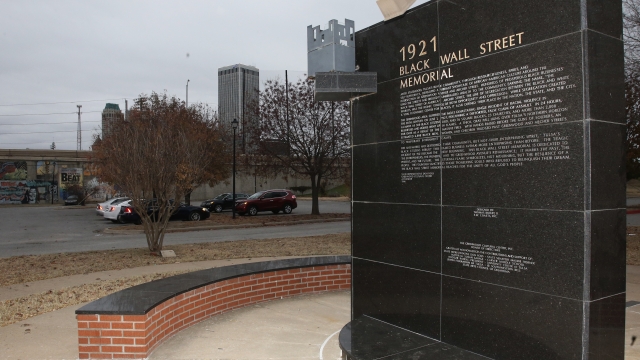 SMS
Tulsa Race Massacre Survivors Demand Reparations
By Eliana Moreno
By Eliana Moreno
May 20, 2021
Three survivors of the attack spoke before a U.S. House subcommittee demanding reparations for survivors and the families of victims.
SHOW TRANSCRIPT

Memorial Day this year marks 100 years since the Tulsa Race Massacre, where a White mob attacked a thriving Black community — the site of Black Wall Street.

Hundreds were injured and it's believed that more than 100 people were killed.

Three survivors of the attack spoke before a U.S. House subcommittee demanding reparations for survivors and the families of victims.

We heard from 107-year-old Viola Fletcher, who was seven years old at the time of the attack.

"I will never forget the violence of the white mob when we left our home. I can still see black bodies being shot, black bodies lying in the street," Fletcher said. "I can still smell smoke, I still see Black businesses being burned, I still hear airplanes flying overhead. I hear the screams. I have lived through the massacre every day. Our country may forget this history but I cannot."

Fletcher says she remembers being woken up on that day almost 100 years ago, being forced to run out of her home with her parents and five siblings.

Her 100-year-old brother also spoke yesterday. He says their family was made refugees in their own country because of the racist attack.