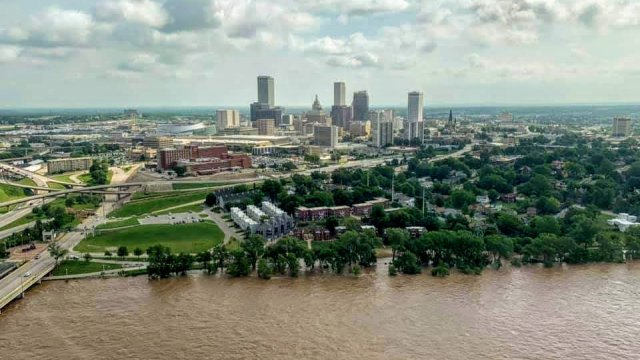 SMS
Tulsa Police Ask Drone Operators To Stay Away From Rising Floodwaters
By Briana Koeneman
By Briana Koeneman
May 29, 2019
Authorities asked drone operators to follow FAA regulations and make sure their machines don't get in the way of first responders.
SHOW TRANSCRIPT

"So you've got a guy who's out here taking pictures for fun, and then you have a group that's out here trying to save lives. Which is more important?" asked Tulsa Fire Department spokesperson Andy Little.

Police in Tulsa, Oklahoma, are asking drone operators to stay away from rising floodwaters so first responders can do their jobs.

In a video posted to the Tulsa Police Department's Facebook page, authorities asked drone operators to follow FAA regulations and make sure their machines don't get in the way of helicopters trying to conduct rescue operations.

A spokesperson for the Tulsa Fire Department told reporters Tuesday about 30 drones were spotted flying illegally around the Arkansas River, which has been rising to record levels thanks to heavy rainfall in recent weeks.

Every county in Oklahoma is currently under a state of emergency because of the historic flooding and other severe weather that's hammered the state, including tornadoes and straight-line winds.

At least six people have died in Oklahoma as a result of the storms. And things could get worse this week as floodwaters continue to rise.