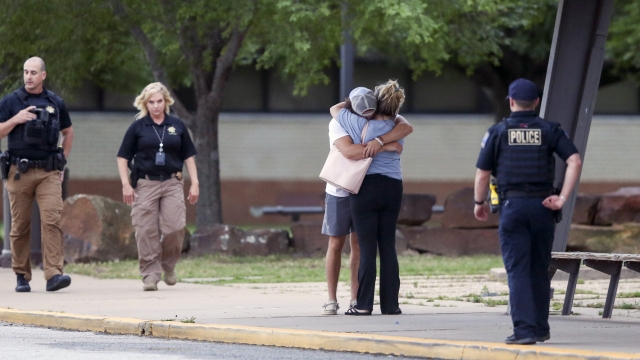 A man who blamed his surgeon for ongoing pain after a recent back surgery bought an AR-style rifle hours before opening fire at a Tulsa medical office, killing the surgeon and three other people before fatally shooting himself, police said Thursday.

Tulsa Police Chief Wendell Franklin says the gunman had recently undergone back surgery and had called a clinic repeatedly complaining of pain.

Franklin says the doctor who performed the surgery, Dr. Preston Phillips, was killed Wednesday, along with another doctor, a receptionist and a patient. 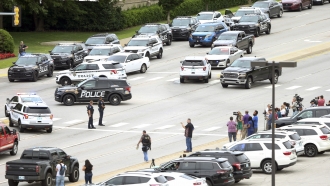 “We also have a letter on the suspect, which made it clear that he came in with the intent to kill Dr. Phillips and anyone who got in his way,” Franklin said. “He blamed Dr. Phillips for the ongoing pain following the surgery.”

Dr. Cliff Robertson, president and CEO of Saint Francis Health System, called Phillips “the consummate gentleman" and “a man that we should all strive to emulate.” He said the three employees who were killed were “the three best people in the entire world” and that they “didn’t deserve to die this way.”

The victims and gunman were found on the second floor of a medical office where an orthopedic clinic is located, police said. Franklin identified the shooter as Michael Louis, and said he died from an apparent self-inflicted gunshot wound.

Authorities said the gunman carried a rifle and handgun during the shooting at the medical building on a hospital campus, the latest in a series of deadly mass shootings across the country in recent weeks.