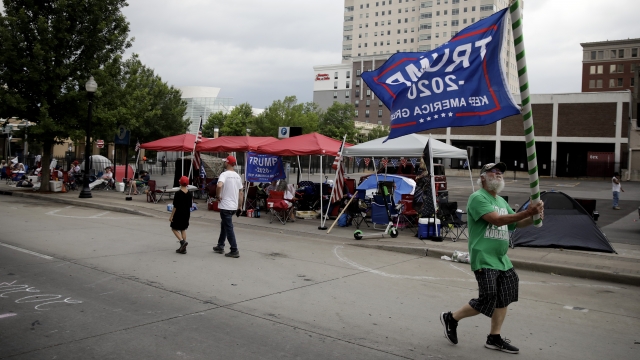 Tulsa Mayor G.T. Bynum has rescinded a curfew for the area surrounding the arena where President Donald Trump will hold his campaign rally this weekend less than 24 hours after announcing the move.

The curfew was originally scheduled to last from 10 p.m. Friday to 6 a.m. Saturday and from the end of the rally on Saturday until 6 a.m. Sunday. Bynum said he imposed the curfew after authorities informed him that "individuals from organized groups who have been involved in destructive and violent behavior in other states" were planning to go to Tulsa "for purposes of causing unrest in and around the rally."

But on Friday, President Trump tweeted that after speaking with Bynum, the mayor assured him that "there will be no curfew tonight or tomorrow for our many supporters attending the [Make America Great Again] Rally." Bynum confirmed the news in a press release later in the day, saying: "Last night, I enacted a curfew at the request of Tulsa Police Chief Wendell Franklin, following consultation with the United States Secret Service based on intelligence they had received. Today, we were told the curfew is no longer necessary so I am rescinding it."

The event is expected to be packed, with it being the president's first rally since the coronavirus pandemic shuttered most of the country. The size of the rally has caused concerns among city health officials, especially because Tulsa County currently has the highest number of COVID-19 cases in Oklahoma.

On Friday, the Oklahoma Supreme Court rejected a request for an order to enforce safety measures at the rally, like requiring attendees to wear face masks and to maintain social distance.