Families Of The 1921 Tulsa Massacre Seek Justice In New Lawsuit 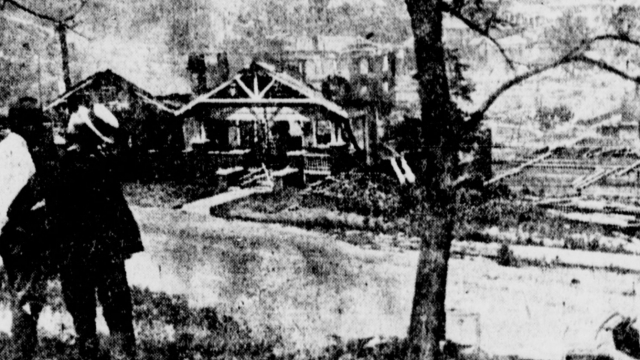 "It's just the ultimate slap in the face," Damario Solomon Simmons said.

Simmons is representing nine families in a lawsuit filed this week against Tulsa, Oklahoma, to "repair the damage" caused by the 1921 massacre that killed hundreds of Black citizens and destroyed 40 blocks of Greenwood, an area also known as Black Wall Street. Raven Majia's great-grandfather survived the massacre.

"My great-grandfather came in very politically driven because he recognized that at that time all Blacks were voting Republican across the line, because Lincoln had freed the slaves, but that Republicans were voting for the grandfather clause that was making it very hard for blacks to vote," Maija told Newsy.

She and her family are parties in the lawsuit which charges that the national guard helped carry out brutal attacks against Black people, a charge the guard denies, adding they prevented further attacks on Black Tulsans.

"Black people were being attacked, being murdered, having their property looted, houses burned and killed in the streets. And so that put us on guard -- that the national guard would make a statement like that shows us that they have not, not only have they not wanted to provide a remedy for what they did, they won't even accept the fact that they created the problem," Simmons said.

How do you even begin to calculate reparations for not only what happened that night but the ripple effect it has had for decades?

"We don't know what the number is right now. And that's why this lawsuit is important. Because there has never been a total, net total and complete accounting for what exactly was lost. And that's why we want as well to move forward so we can bring in our experts, our economists, our insurance experts, who can come and tell us OK, what exactly was lost? What is the exact value of that today?" Simmons asked.

Simmons says this lawsuit will be successful compared to a 2005 appeal that also sought reparations, but was rejected by the U.S. Supreme Court. He's attempting to use the state's Public Nuisance Law.

Simmons says he expects the state to file a motion to dismiss, and when they do:

"I won't be going anywhere there. My great-grandfather didn't go, and he didn't go anywhere until he hit his grave," Majia said.