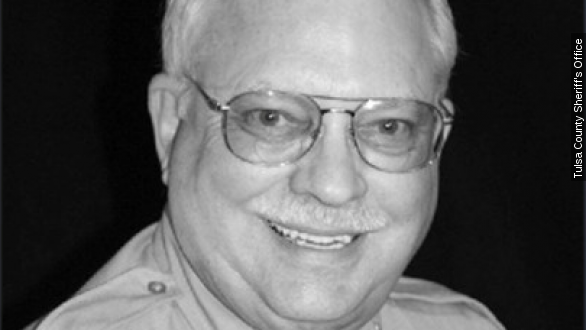 SMS
Tulsa Deputy Charged In Shooting Was Experienced Volunteer
By Ben Lawson
By Ben Lawson
April 13, 2015
A reserve deputy in Oklahoma has been charged with manslaughter after authorities say he shot an unarmed suspect during an arrest.
SHOW TRANSCRIPT

A reserve deputy has been charged with second-degree manslaughter after authorities say he shot a suspect during an April 2 arrest in Sand Springs, Oklahoma.

This comes after the victim's family requested video of the incident be released.

Robert Charles Bates, who was not paid to work for the department, says he intended to draw his stun gun but instead pulled out and fired his pistol. The man who was killed in the incident was 44-year-old Eric Courtney Harris. Police say he was unarmed at the time. In the video you can hear a man say "I shot him. I'm sorry."

According to authorities, the incident began when Harris attempted to flee an undercover operation to retrieve stolen guns.

Bates, who is 73 years old, was a volunteer at the sheriff's department and purchased equipment, including cars, for police use.

Major Shannon Clark of the Tulsa Sheriff's Office described the shooting as a tragic accident.

"We believe there was no malicious intent," Clark said. "We don't believe that deputy intended to kill that guy that day."

The Tulsa County Sheriff's Office's website says reserve officers typically "volunteer their time in a myriad of events such as the Special Olympics and Tulsa State Fair."

But Tulsa County Sheriff Stanley Glanz told the Tulsa World that Bates was an "advanced" reserve, which means he had completed hundreds of hours of training and was permitted to do anything an full-time officer could do.

Authorities say Bates was supposed to work in a passive support role during the operation but ran over to assist with the arrest. He had worked with the sheriff's department since 2008.