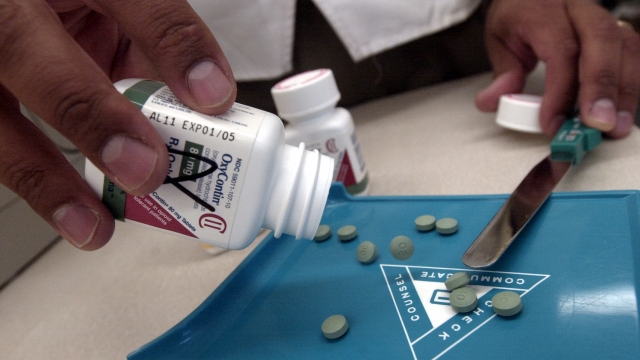 SMS
Tufts University Cuts Ties With Family Behind Purdue Pharma
By LeeAnne Lowry
By LeeAnne Lowry
December 6, 2019
The Sacklers have given the school around $15 million over four decades.
SHOW TRANSCRIPT

Tufts University announced Thursday it's immediately removing the Sackler family name from programs and buildings on campus because of the family's role in the opioid epidemic. It says it will no longer accept donations from the Sacklers.

The family owns Purdue Pharma. The company is facing more than 2,600 lawsuits, many from local and state governments. It's accused of sparking the opioid epidemic by deceptively marketing Oxycontin and downplaying its addictiveness.

The school had been under pressure for its connection to the family. Over the past four decades, the Sacklers have given the school around $15 million. University leaders say they considered ending the relationship for over a year before deciding to cut ties.

In its announcement Thursday, Tufts released an independent fact-finding report that found no wrongdoing by the school in its past relationship with the pharmaceutical company. The school also said it'll also establish a $3 million endowment to support education, research and programs aimed at preventing and treating substance abuse and addiction.

While Tufts is the first university to step away from the Sackler family, several museums in the U.K. and U.S. have also distanced themselves from accepting further donations. Earlier this year, the Metropolitan Museum of Art cut off its 50-year relationship with the family.