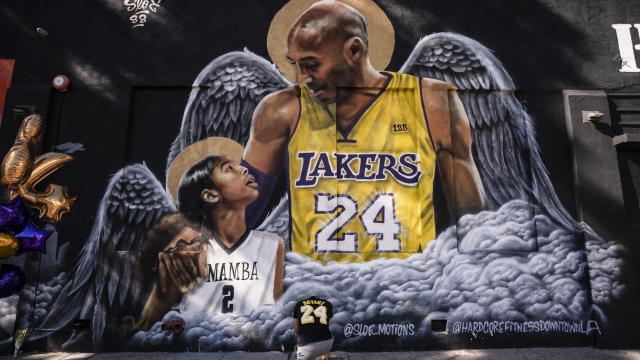 SMS
Tuesday Marks Anniversary Of Kobe Bryant's Death
By Newsy Staff
By Newsy Staff
January 26, 2021
Kobe Bryant, his daughter and seven others died in a helicopter crash one year ago.
SHOW TRANSCRIPT

Today marks one year since Kobe Bryant, his daughter and seven others died in a helicopter crash.

The group was traveling to a youth basketball game. Bryant was 41 years old. His daughter Gianna was 13.

On Monday, California Sen. Dianne Feinstein and a U.S. congressman for the state reintroduced a bill aimed at improving helicopter safety.