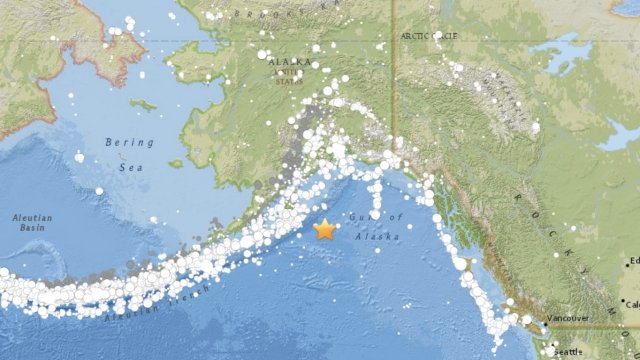 A tsunami warning was issued after a magnitude 7.9 earthquake struck in the Gulf of Alaska.

As of early Tuesday, there have been no reports of damage, but the quake did cause a tsunami. The National Weather Service issued a tsunami warning initially, but later downgraded it to a tsunami advisory only impacting parts of the Alaska coast. A tsunami watch for the entire West Coast of the U.S. was also canceled.

Officials say those in the advisory area should stay out of the water and move away from the coastline.