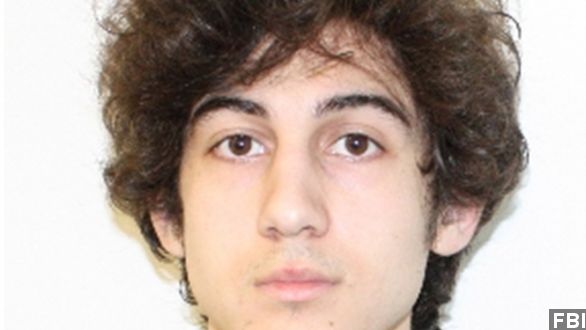 It's been almost 20 months since the Boston Marathon bombing and more than 16 months since Dzhokar Tsarnaev was last seen in court, but Thursday Tsarnaev appeared in a Boston federal courtroom as the last step before his trial next month.

All reports say the court appearance was brief and uneventful. Tsarnaev's lawyer asked once again for the trial to be moved outside of Boston. The judge has denied the request before but did not rule one way or the other Thursday. Tsarnaev also approved the lawyers representing him to answer "yes" on his behalf when asked if his representation is adequate. (Video via CNN)

Tsarnaev has pleaded not guilty to 30 federal charges related to the April 2013 Boston Marathon bombing that killed three and injured 260 people. The prosecution is seeking the death penalty.

Reports say the courtroom was filled with survivors of the bombings.

"I want to be here not so much to see him but for him to see me or to see us altogether," survivor Karen Brassard told WBZ-TV.

NBC's Pete Williams caught up with Boston Mayor Marty Walsh to ask him about the upcoming trial.

"I think a lot of people already say let's move this thing beyond so the families can have some peace," Walsh said.

One unknown coming into Thursday's pre-trial hearing was the possibility of a plea deal for Tsarnaev, but the Los Angeles Time writes there was no sign of a plea deal in today's proceedings. "Nearly 90 percent of the case is sealed, making it virtually impossible to determine which side – the defense or the government – has prevailed in nearly two years of pre-trial skirmishes."

The trial is set to begin Jan. 5 with both legal counsels questioning a pool of more than 1,200 jurors.