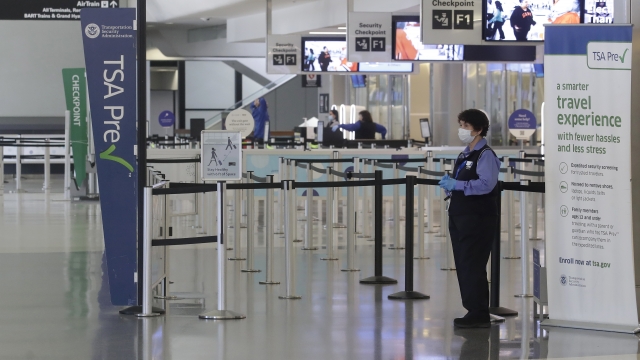 Airline passengers might soon be scanned to see if they have a high temperature before being allowed to fly. The Wall Street Journal reports that a dozen airports are under consideration for the temperature scans.

The Transportation Security Administration wants to make passengers feel safer about flying amid a dramatic downturn in air travel. Officials say there's no final decision on how the scanning would work, but passengers with temperatures of 100.4 degrees or higher would be flagged. The Journal says the scanning could begin as soon as this week.

Even as lockdowns loosen in some parts of the country, experts say people are still afraid to fly.But some critics of the scanning idea say TSA agents shouldn't be responsible for taking passenger's temperatures because it puts them at a higher risk of exposure to the virus. More than 500 agents have reportedly gotten sick and six have died from COVID-19.

Other critics say taking temperatures may not even provide accurate results for passengers, as people can be asymptomatic and not have a fever at check-in.Many airlines have already taken precautions when it comes to screening passengers during the pandemic, such as maintaining social distancing and extra cleaning of aircraft.

Still, the industry has seen a 95 percent drop in air travel demand amid millions of dollars in losses, and layoffs of thousands of airline workers.

This story has been corrected. An earlier version said temperature scanning would begin next week, rather than this week.