TSA Homes In On Powder In Carry-On Bags 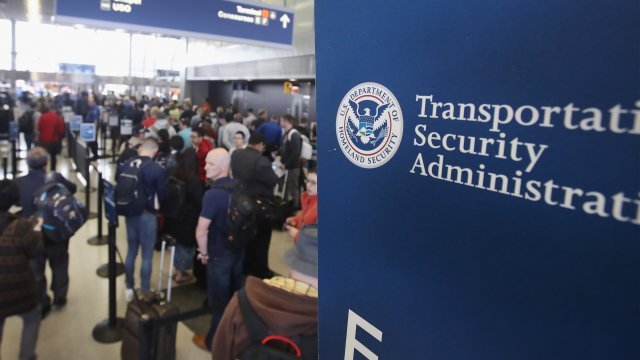 The Transportation Security Administration is taking a closer look at powders in carry-on bags.

It'll now reportedly focus on containers with more than 350 milliliters of powder and ask passengers to place those items in checked luggage or risk being subjected to additional screening.

The TSA told media outlets the security concerns have to do with the risk of improvised explosive devices and also substances that could pose a danger to travelers if released on board the aircraft — like fentanyl or pepper spray.

In April, the TSA announced it had completed the rollout of stronger screening procedures for carry-ons, which started in summer 2017. The guidelines included a recommendation to separate items, like powders, from a carry-on before sending it through the X-ray.

According to a TSA spokesperson, the agency has implemented the powder limit domestically and will ask international airports with direct U.S. flights to do the same beginning June 30.