TSA Confirms Program That Tracks Civilians Who Are Not On Watchlists 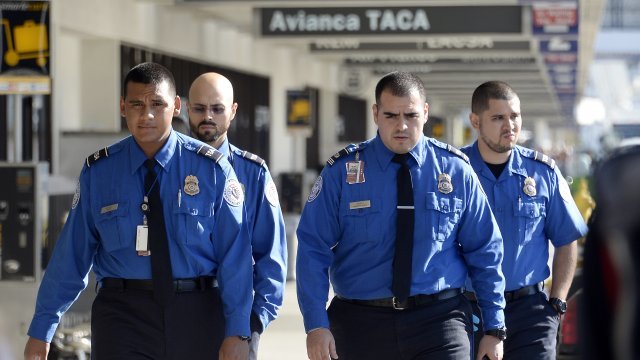 SMS
TSA Confirms Program That Tracks Civilians Who Are Not On Watchlists
By Gabrielle Ware
By Gabrielle Ware
July 30, 2018
The "Quiet Skies" program targets people who aren't under investigation, though it's not clear exactly what qualifies flyers to be tracked.
SHOW TRANSCRIPT

The TSA confirmed and defended a previously undisclosed tracking program on Monday. "Quiet Skies" monitors civilians who aren't on a watchlist and "are not under investigation by any agency."

The Boston Globe first reported on the program Saturday, and the TSA has since told NPR it's "a practical method of keeping another act of terrorism from occurring at 30,000 feet."

But some air marshals have expressed concern about it. In agency communications shared with the Globe, some officials said tracking people who don't seem to pose any real threat is costly and time-consuming and could affect their ability to deal with real risks.

The TSA says the program "isn't intended to surveil ordinary Americans." A spokesperson said marshals look for behaviors and travel patterns that officials have observed in "known or suspected terrorists." But even the marshals reportedly don't know the program's specific criteria.

Some items on a partial screening checklist include rubbing of hands, strong body odor, sweaty palms, trembling and a "cold penetrating stare." The program has been around in some form since 2010.