TSA Confirms It's Sending Agents To The Southern Border 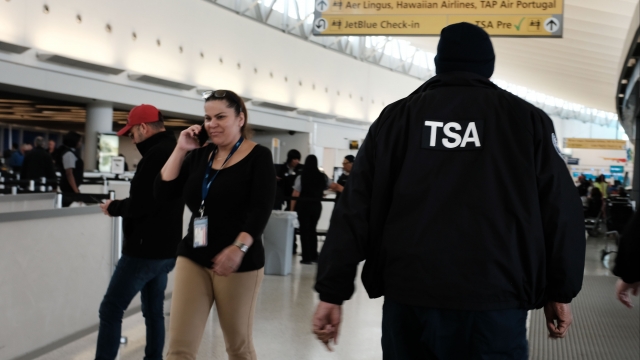 SMS
TSA Confirms It's Sending Agents To The Southern Border
By Katherine Biek
By Katherine Biek
May 15, 2019
"TSA is in the process of soliciting volunteers to support this effort while minimizing operational impact," an agency spokesman said.
SHOW TRANSCRIPT

The TSA plans to send hundreds of its workers to the U.S.-Mexico border to assist with immigration efforts.

"TSA is in the process of soliciting volunteers to support this effort while minimizing operational impact," an agency spokesman said in a statement to multiple news outlets.

News of the upcoming deployment comes as the number of Central American migrants attempting to cross the southern border continues to increase. More than 109,000 migrants attempted to enter the U.S. from Mexico in April.

In an internal email obtained by CNN, a senior TSA official wrote that parts of TSA could be asked to contribute "around 10%" of their employees.

The email reportedly said TSA workforce sent to the southern border is not expected to initially include uniformed airport screeners. Instead it'll be people with more behind-the-scenes security jobs. An unnamed source told CNN that air marshals could also be pulled.

The TSA official acknowledged in his email that shuffling personnel to the border during the peak summer travel season comes with "some risk."

Last year, TSA officers screened a record 253 million airline passengers and crew members between the Wednesday before Memorial Day and the Tuesday after Labor Day.

It's unclear when TSA agents will be sent to the border. CNN reported the assignment is expected to last between 45 and 60 days.