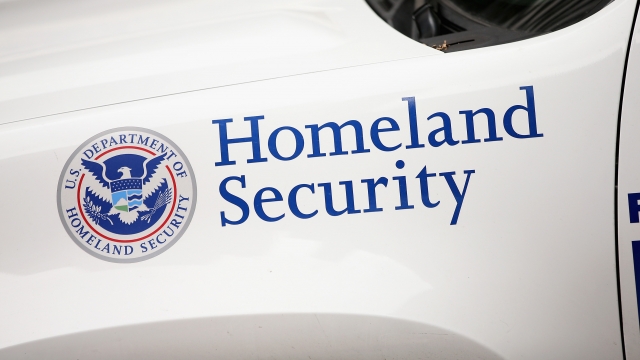 SMS
TSA Chief To Fill One Of The Top Roles At DHS In Agency Shakeup
By Cristina Mutchler
By Cristina Mutchler
April 11, 2019
The Department of Homeland Security announced Thursday that TSA chief David Pekoske will temporarily serve as deputy DHS secretary.
SHOW TRANSCRIPT

There's yet another staffing change at the Department of Homeland Security.

It's part of a shakeup at DHS that started with former secretary Kirstjen Nielsen announcing her resignation on Sunday.

In addition to that, Secret Service Director Randolph "Tex" Alles is also stepping down. And last week, President Donald Trump announced he was withdrawing his nominee to head up ICE, Ron Vitiello. Vitiello was the acting director of ICE, but he's since said he's leaving his current position.

The turnover comes as Trump administration officials deal with what they call an immigration "crisis" at the U.S.-Mexico border. But President Trump has defended the leadership changes at the department.

"Well, I never said I'm cleaning house. I don't know who came up with that expression. We have a lot of great people over there," he said.

Media outlets are also reporting that two other agency officials are rumored to be leaving.