Your Next TSA Screening Could Be A Lot More 'Intimate' 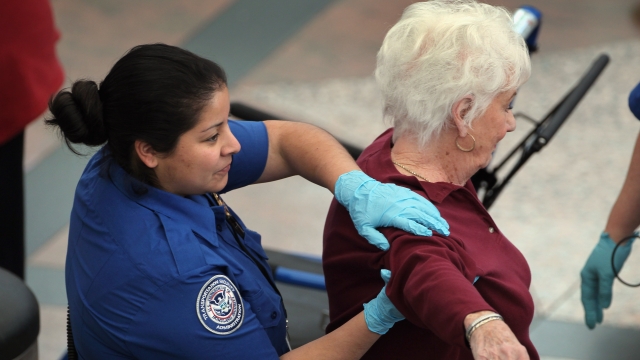 The Transportation Security Administration is simplifying how its agents do physical security screenings. That might sound like good news for frequent fliers, but it could make your airport experience a lot more unpleasant.

Agents had five options for patting down travelers who didn't want body imaging or were selected at random. Now, they have just one.

The TSA has been pretty tight-lipped but did say the new method could mean more "intimate contact" than in the past. 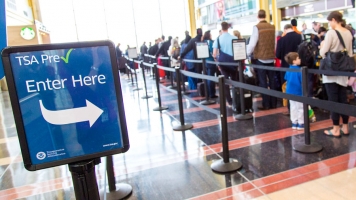 The agency noted that travelers will notice a difference from old screening methods and told Gizmodo "the new protocol does not mandate the touching of passengers genitals."

The TSA is looking to rehab its image and boost its effectiveness. In 2015, the Department of Homeland Security tried to sneak 70 mock guns and explosives past agents, and 67 got through.

"In one test, an undercover agent was stopped after setting off an alarm at a magnetometer. But TSA screeners failed to detect a fake explosive device that was taped to his back during a follow up pat-down," ABC's Pierre Thomas reported.

The agency said the new security procedure will take longer but claimed that somehow won't cause delays overall.