Try Not To Panic: Industry Warns Of Chocolate Shortage 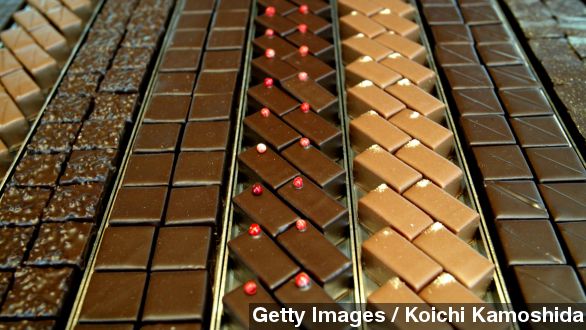 SMS
Try Not To Panic: Industry Warns Of Chocolate Shortage
By Nathan Giannini
By Nathan Giannini
November 17, 2014
According to two of the world’s largest chocolate manufacturers, we’re currently in the midst of a chocolate deficit that is only getting worse.
SHOW TRANSCRIPT

Are you a chocoholic? Does a piece of soft, creamy milk chocolate really get your taste buds going? Well, I’m afraid we’ve got some bad news for you.

According to two of the world’s largest chocolate manufacturers, we’re currently in the midst of a chocolate deficit — when farmers are producing less cocoa than we’re eating.

According to The Washington Post, in 2013 demand outstripped supply by about 70,000 metric tons. Mars Inc. and Swiss-based manufacturer Barry Callebaut estimate that number could reach 1 million metric tons by 2020.

Part of the problem: Around 70 percent of the world’s cocoa is produced in Ghana and the Ivory Coast. Recent growing conditions have been far from ideal.

“Drought has ravaged many cocoa plantations and a fungal disease called frosty pod has wiped out between 30 to 40 percent of cocoa production. Farmers are looking to other cash-crops such as corn, to make their living.”

And we’ve already seen an impact. Cocoa prices have risen 60 percent since 2012, leading many chocolate manufacturers to raise prices — Hershey’s being the first.

But fear not, there is hope! Researchers have been experimenting with new cocoa crops, some of which produce up to seven times more beans than current crops.

It’s “engineered to be not just fecund and disease-free but also flavorful. This emerging supervariety promises the world a steady supply of high-quality chocolate.”

But until then, your chocolate bars will probably contain more filler — nuts, nougat and the like. Now excuse us, we’re gonna go indulge ourselves — while we still can.