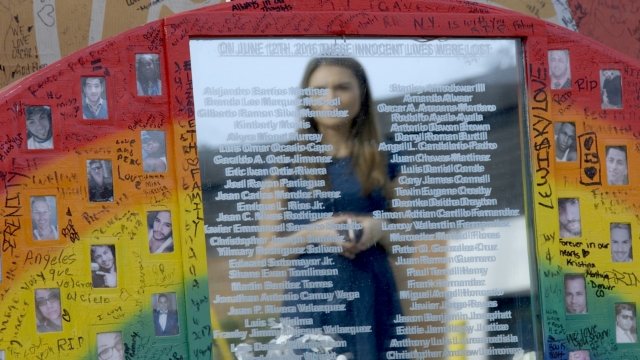 Our special report shows the harassment and online targeting that plays out in the shadows of America's biggest tragedies.

In this special report, we explore conspiracy movements that target friends and families of victims in mass tragedies — from the 2012 shooting at Sandy Hook Elementary to the one at Pulse nightclub in 2016. "Truthers" shows the real-life consequences of online hoaxes that gain millions of followers and disrupt the lives of people like Leonard Pozner, the father of a child shot and killed at Sandy Hook.

In this special report, Newsy dives into the world of "truther" conspiracy theorists who relentlessly target victims of high-profile shootings.

Reporter Liz Wahl also speaks with the leaders of these "truther" movements, diving into the psyche of conspiracy theorists. Through hard-hitting interviews, unprecedented access and a unique lens, "Truthers" shows us the harassment that plays out in the shadows of America's biggest tragedies.

Liz is a journalist and speaker with strong expertise in information warfare, cyber espionage and Putin's Russia. She reported from Ukraine for Newsy in early 2017. @lizwahl