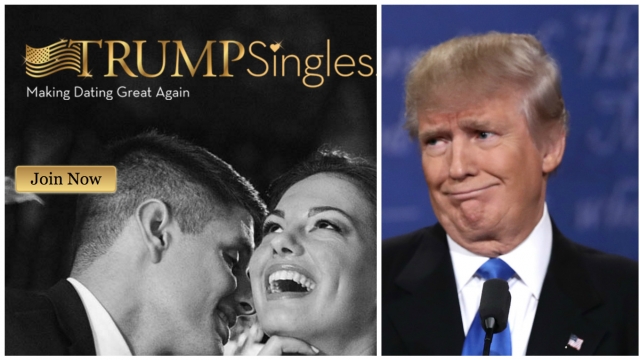 Do you find Republicans attractive?

How bad do you want to find the McConnell to your Chao?

Thankfully for you, a Southern Californian man created a dating site called TrumpSingles, and it vows to "make dating great again" by putting you in a pool with others who share your political beliefs.

Asking For A Friend: What Should My Dating Profile Pictures Look Like?

"People told us they went on dates like at gun ranges, restaurants and all the various places. We've had a lot of positive feedback since we got big," Founder David Goss explained.

The site started last summer for a $5 monthly subscription. TrumpSingles now sets you back about $20 a month and delivers 20,000 GOP-ers to your fingertips.

It all sort of makes sense because you may not be able to walk down the aisle if you can't reach across it. OkCupid pointed out 50 percent of its users couldn't date someone with different political views — a number that's risen since 2008.

That could be why the TrumpSingles Twitter page says its prospective users should "stop wading through posers and losers on other #dating sites."

So if the Electoral College swiped right on your candidate, TrumpSingles could hold the right right-wing partner for you.