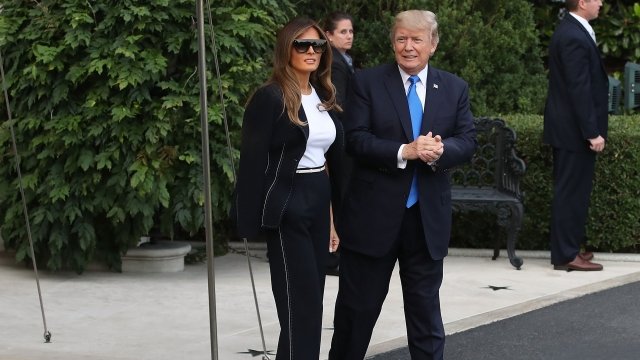 President Donald Trump arrived in France on Thursday, kicking off his two-day trip to the country.

Bastille Day commemorates the 1789 capture of the Bastille, which housed King Louis XVI's prisoners. It's viewed as a key moment in the French Revolution.

And since 2017 marks 100 years since the U.S. officially entered World War I, France has made the U.S. its national guest of honor.

Members of the U.S. Army and U.S. Air Force will participate in the parade, which takes place in Paris on Friday morning.

But before they celebrate, Macron and Trump will get down to business.

They are scheduled to have a bilateral meeting and hold a joint press conference Thursday. 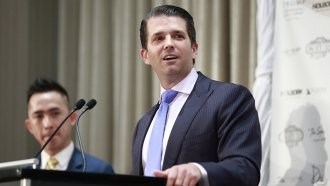 Trump hasn't held any public events since returning from the G-20 summit on Saturday. He's bound to face questions about his son's previously undisclosed meeting with a Russian lawyer.

Trump and Macron are also expected to tour the national military museum and have dinner with their wives.

While Friday is a day of celebration, it will also be marked with grief.

It's the first anniversary of the truck attack on a Bastille Day celebration in Nice that claimed the lives of 86 victims.